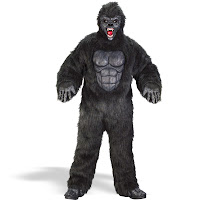 I was struggling to think of something to write about today, but as I was packing for my upcoming move, I came across my journal from when I first moved here, so I am going to tell you a story of a fun weekend back in August 2005(I have had other ones since then, don't worry, it wasn't my only fun weekend here in Portland).

I was invited to a pig roast at the coast (Paradise City to be exact). I had never been to a pig roast, and I actually have never been to another one since. I must say that the pig didn't look too pretty, but it sure did taste good. We hung out at the beach for a bit, drank some beer and ate. Been as I don't drive I caught a ride with a friend back to Beaverton, to catch the Max (this is our light rail system) back home.

There were a couple of guys on the Max who were trying to find their way into town, for a few drinks. They were from out of town, so didn't really know where to get off, or where to go. I suggested that they went to Ringlers, before heading on to the bar they really wanted to go to. Been as it was a Saturday night, and I had no plans, I decided I'd go back and join them. I was all sandy and wind swept from the beach, so I popped home to clean up and get changed, before heading back out to meet them at Ringlers.

After playing some pool (which of course I kicked ass at), we headed to Kelly's, which was the bar they wanted to go to. Kellys is a pretty cool bar, it was the first time (not to be the last) that I went there. This bar has motorbikes hanging from the ceiling, its the owners collection, he has more, but only displays a few here.

There was a lass sitting at the bar on my own and my 2 new friends (Pedro and Mike), started chatting to her, or was it chatting her up... Christen (the girl) had just moved to Portland, and had gone to the bar in the hope of meeting some people. We ended up going dancing. Pedro and Mike got kicked out for some reason, so we ended up losing them. I met a french girl in the bathroom, and the 3 of us had a lot of fun.

On the way home, we met a lad from my neck of the woods, he was over for a Sunderland v's timbers game. I think we'd also found Pedro and Mike again by now (actually I believe they found us, we'd tried to give them the slip). We shared a cab, and got some food before calling it a night. Christen and I became really good friends, and became regular drinking buddies. We seemed to do well with meeting lots of new people, and seemed to have a crazy story from every time we went out.

I haven't actually in seen her in a long time, we both ended up in relationships, and our friendship sort of fizzled.

I never heard from Pedro or Mike again, although at one Halloween, we did see Mike dressed up as a Gorilla. It was rather odd.

The weekend following the Pig Roast was also interesting. It was a normal Saturday morning, and I was trying to get as many errands done as possible. I'd just received my bonus check from work, so I wanted to go post it to my bank account, I also needed to do some groceries. I was expecting it to be an uneventful Saturday morning... While on my way to the store, I walked past the street it was on, so did a quick about turn before crossing the road. This girl started shouting something at me, but I couldn't make out what she was saying.

Turns out she was a prostitute, and thought I was running away from the police, she thought I was a prostitute too. I promise I was dressed decently, wearing jeans and a t-shirt. She told me I should become one or a dancer, that I could make a killing, I politely declined. If any of you have seen me dance, you'll find it all the more amusing, I dance as if no-one is watching, or should I say I dance and hope no-one is watching.

I am telling you, there's some weird things that happen here in Portland.
Posted by Caroline at Saturday, April 19, 2008