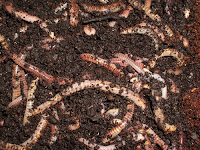 Two more days left with the girls.  They really have been so great.  I've had a good time, although it is quite tiring.  I just wish that there was a way to bottle up our energy when we are children so we can save it and use it later when we get older.

This weekend will be quite eventful.  My cousin is in town (at least I think she is).  She planned to arrive today, and is staying with someone she met when she was out here at my wedding.  I haven't heard from her yet, but we have plans to meet up on Saturday.

She's such an interesting character.  She's a hoot.  Never a serious moment when she's in town.

Other than that, there's more house things to do.  I need to get out into the garden and figure out what's in the veggie patch.  A Vietnamese family had our house before us, and they planted the veggie patch.  From what's above the ground I don't recognise anything.  So I am going to have to dig and find out what's underneath.  Hopefully I haven't left it too late, and there will still be something edible under there.

I will start posting photos of my gardening fiascoes.  I haven't dug in a garden since I was a child.  No doubt I'll end up all dirty and muddy.  I used to dig a lot as a kid.  My cousin and I (the same one mentioned above), used to dig and collect worms, then make worm gardens.  However, when we got back to our grandparents house the following week, there'd be no more worms in the worm garden, and back to digging again we would go.  I think we did this for weeks on end.  Not really sure why, but it was fun and made sense at the time.

Shame my grandparents didn't have a compost heap, we could have made that into the worm garden. Then there would have been happy worms, and some really good compost.
Posted by Caroline at Thursday, September 29, 2011