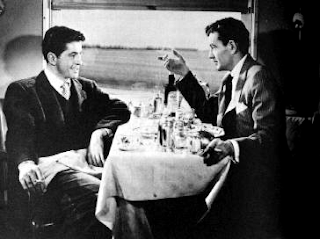 Since I last wrote I have been down to Wolverhampton to visit on of my friends and her boyfriend. They are so happy and in love together it is lovely. We had a lot of fun. I arrived there on Friday and stayed till Sunday lunchtime. I took the train down. Of course typical Caroline fashion, it didn't go quite as planned. I was planning on listening to some tunes while reading a book all the way down.

As I waited at Durham train station, a guy came and sat next to me, and of course wanted to converse. He kept asking questions to keep the conversation going. as the train pulled in, he suggested if there were two seats together that we should sit next to each other. It seems I was never taught how to say the word with 2 letters, beginning with N and ending in O. So the first part of the trip was not quite as planned. It wasn't horrible either though, although it seems since I have left the NE, that there's a lot of mumbling geordie that I don't understand, and it seems to be every word that he said... oh well. He got off at York and I was able to enjoy the rest of the journey in peace. 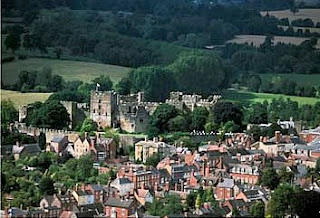 Saturday, we headed to a place called Ludlow, I was unable to take photos as I'd forgotten to charge my camera battery, but my friend's boyfriend's nephew took lots of photos for us, mostly of Ludlow's bins, but oh well. Ludlow is lovely. There's a castle there, which I need to find out more about. Seems that Mary was kept there once King Henry was married to Ann and Elizabeth was born, but I don't know that for sure.

I just went the castle website, and I wish I had gone into the castle now, as it would seem some of my anscestors, once lived there - the De Lacys.... I really need to find out more now. Well not right now, but at some point.

Sunday I took the train back up North, and to my parents house. My dad and I watched Criminal Justice - all 5 episodes, I really enjoyed it. I wonder if I can get the DVD back in the US.

Today, was a low key day. We headed into Corbridge to watch a Roman Gladiator fight. It was fun. Hadrians wall is at Corbridge, so there's a lot of roman stuff in the area. There's nothing quite like watching scantally clad men hitting each other with swords on a wet and windy day :)
Posted by Caroline at Monday, August 25, 2008